Your local optician in Nottinghamshire

Established in 1930, Richards Opticians is one of the longest standing independent opticians in Newark. Originally started by the McNicol family. Mr McNicol senior managed the practice before handing the business over to his son, who was famously known for playing the organ to his patients, many of whom still come to us today!

Here at Richards Opticians we believe in offering an exceptional professional service to all our patients. Your eyesight is precious and deserves the best quality care.

To book an Appointment at Richards Opticians in Nottingham, Please use the button below.

We will get in touch with you to confirm your visit, within a few hours of your booking.

Do you have any questions? 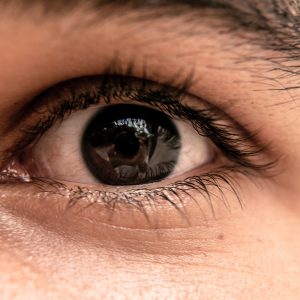 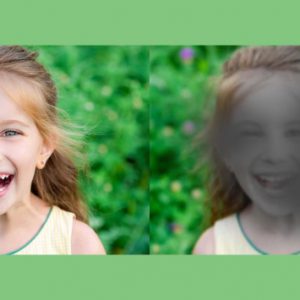 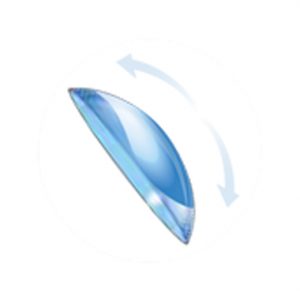 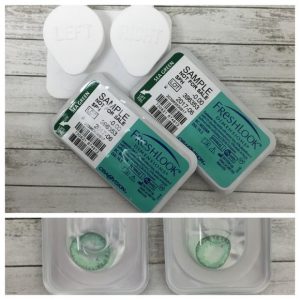 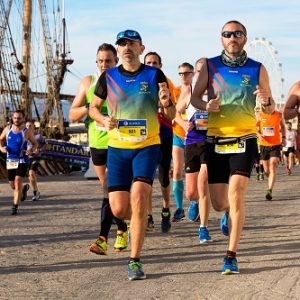 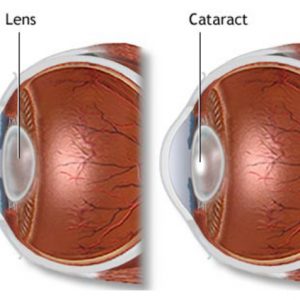 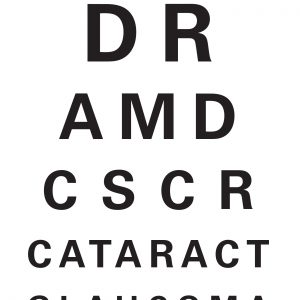 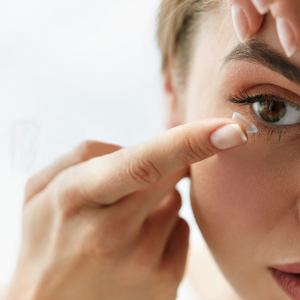 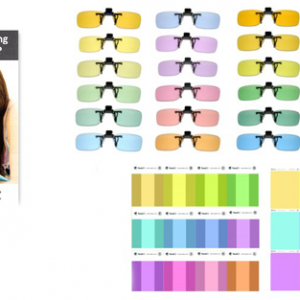 At Richards Opticians, Our aim is to create a relaxed, friendly environment in which to provide you with specialist eyecare.

We offer a relaxed, friendly environment providing specialist eyecare, with a very personal, unhurried service and accessible ground floor consulting rooms. Taking care of the whole family; from grandchildren to grandparents, we build long-term relationships, helping you look after your eyes for life.

Our expert team of highly qualified optometrists and dispensing opticians, provide the highest standards of clinical care, ensuring that you get the most accurate and latest advice available, tailored to meet your individual requirements, whatever they may be.

We also offer a wide range of contact lenses suitable for nearly all prescriptions, and whether you wear them all the time, socially, just for sport, or are trying them for the first time, our ‘Try Before You Buy service’ let’s you test them out free of charge.

Learn more about our social mission
Previous
Next

We have an impressive selection of designer and fashion eyewear, many of which are exclusive to us in Newark. With over 1,000 frames in stock to choose from, we also have a wide selection of catalogues which you can order from, so you are guaranteed to find the right frame, to bring out the best in you.

Every pair of customised spectacles has been made to meet your vision requirements and lifestyle needs. All spectacles are provided with a lifetime fitting and adjustments service included. We like to build a long-term relationship with our patients. We don’t want to just be your opticians, we like to think we are where you come to see a friendly face. We love it when our patients drop in for a chat and let us know how they are.

Our Happy patients who found their perfect glasses

We are a local independent small humble family run opticians. We pride ourselves on providing premium optical lenses with the latest technology and quality eyewear. We make sure every patient gets the highest standard of service and expertise. We offer a relaxed environment with a homely feel and our team ensures personal attention is provided, in an unhurried manner.

Get the best eye care from a team you can trust

Here at Richards Opticians we believe in offering an exceptional professional service to all of our patients. Your eyesight is precious and deserves the best quality of care. We offer a personal service, which is tailored to your needs, every patient is important to us.

Many of our staff have been with us for a number of years, so there is always a friendly face to welcome you in. Whatever your requirements, we’d love to see you, so please feel free to drop by and visit us.Or alternatively, call to book an appointment today: 01636 704656 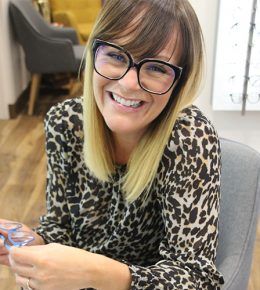 Amanda is the practice manager and has been qualified as a dispensing optician for 9 years. Her background in art and design gives her a keen eye for detail, curves and lines. If you haven’t yet found your spectacle personality then this is her speciality (oh… and she would like you see through
them too). You will often see her busting her Zumba moves as this is one of her ultimate favourites
after a busy day at work. 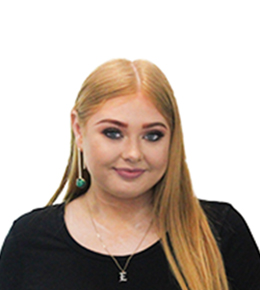 Emily is the new kid on the block in the world of optics. She is currently studying to be a dispensing optician at ABDO College. She is a happy-go-lucky character and maybe just a little bit kooky. Her background in make-up artistry really gives her an eye for what will look good, whether it be colour
or style we are certain she can find something to suit you and your personality. Oh, and be sure to ask her which fake lashes go with your new fab glasses! 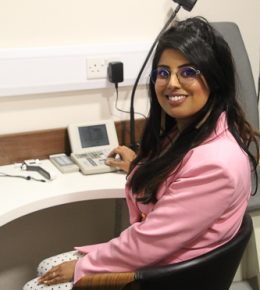 Kiran is the senior optometrist at Richards Opticians. She qualified as an optometrists in 2006 and
enjoys all things eyes! Her special interests are binocular vision and visual stress, related to dyslexia
and migraines. Her fun and friendly nature will have you leaving with a smile, but do be warned if
you like to talk food and fashion, you might be a while! 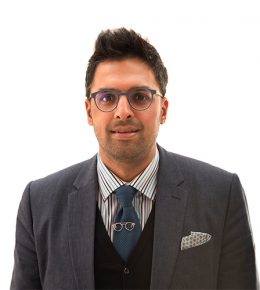 Harry is one of the practice Optometrists, who oddly holds the Guinness Book of World Record title for ‘best smelling Optom’ …. This, of course, isn’t true, but if there was such a thing it would definitely go to our Harry, due to the patients who often comment on his delicious aroma!

Styled by the wife, whether he’s comfortable in it or not, he always looks on point for a clinic with the hair cut of her choice to go with it, so style wise he’s got it all going on in the test room.

Fun, friendly yet professional is probably the best description for Harry. His personal recommendations are what patients appreciate the most as they value his opinion based on the mutual respect he builds with them.

Before stepping into the test room he starts the day with a touch of fitness, whether it be at the gym or running the roads. Boxing is also a love of Harry’s and he’s even tried his hips at Zumba this year… so all in all he smells and moves pretty well – not a bad combo!

Our professional team are fully qualified, highly skilled and friendly. Our Optometrist are all specialists in their fields and provide the highest standard of clinical care. Our dedication to the most advanced eye examinations means we provide the best possible care for your eyes.

We aim to look after every aspect of your eye care. We spend time calculating the correct prescription for your eyes looking into all aspects of eye health, the way your eyes work together and the health of inside your eye.

Richards Opticians has had a branch on Newark’s fashionable Barnby Gate since 1930. Our reputation has been enhanced by the positive recommendations and word of mouth we have generated due to our customers being delighted with the excellent, personal service we provide.

” A very welcoming practice, that radiates warmth. The people are helpful and very knowledgeable. They keep up to date with technology to help you get the best service. All in all a good experience.“

” Both my partner and i have received excellent service at Richard’s Opticians.
Kiran really knows her stuff about eyes & vision and Amanda is brilliant when it comes to advising about lenses and eyewear.
And we get offered Prosecco at every visit!! “

“After using the same opticians for 30 years they didn’t have what I was looking for.

So I went to Richards Opticians.
I have never been so pleased with the staff and my glasses.
I can thoroughly recommend them “
Ms Deanna Williams
 5/5

“I visited  Richards Opticians for my regular annual check up.

My sight is precious and the comprehensive eye examination by experienced professionals is welcome reassurance.
Like most people I could not do my job without my sight.
The service was excellent with examination of the cornea and all areas back to the retina. Knowing what is normal and abnormal only comes with experience and I trust Richards.
The choice of frames was good and I chose light strong titanium frames which are ideal.
I  use Richards Opticians simply because I have confidence they will give me the best professional service for my eyes .”
Paul
 5/5

” Amanda you are amazing, first class customer service, lovely to be working with such a friendly customer. Free glasses clean and cuppa at the same time.
Thank you “

” Very friendly and helpful staff, quick to deal with my request, and a very warm atmosphere. “

” I have had problems for years getting the right glasses to suit my eyes from the usual high street optician chains and other private opticians, but not any more. The team at Richards Opticians have been excellent. The initial assessment was very thorough and the outcomes were explained in simple terms so I was clear about my options. Choosing and fitting the glasses was simple with great style advice about what sort of glasses suited my face. The after sales service is polite, friendly, attentive and nothing is ever too much trouble. I can’t recommend them highly enough.”

” I had previously tried the many “high street” opticians that are available. Whilst they offer a good service , coming to Richards Opticians is a real eye opener (excuse the pun!)

The service is totally geared towards the customer. They remember your name, you are their client, not just the 10.30 appointment.

The whole team do make you feel comfortable all the way through the process. The professionalism of Kiran the optician is unbelievable, I learnt more from her about the health of my eyes  then I had ever been told in 30+ years of wearing glasses.

Their choice of frames is not the usual range you will find on the High Street. If you are looking for quality, style and something unique, then you will be so pleased. There is never a rush choosing frames and I am like a child in a  sweet shop when Amanda brings out more styles to try!

Yes, people may find them a little more expensive but your eye health is so precious and if you wear glasses all the time then you will appreciate the  attention to detail that you are offered.

I would never go anywhere else now and happily recommend Richards opticians to friends and family.” 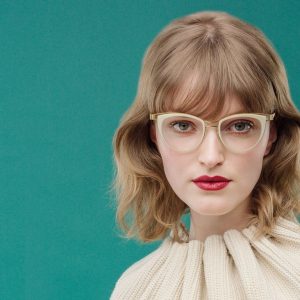 What does Queen Elizabeth II and An American Super Model Have in Common? 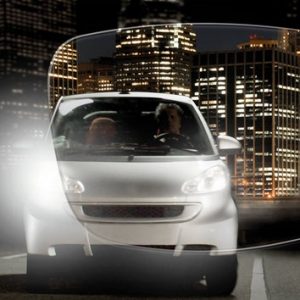 i.Scription spectacle lenses involve an innovative patented algorithm which combines the prescription found from your optometrist with the i.Profiler plus ocular wavefront aberrometry data to… 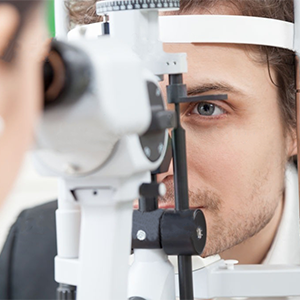 The importance of having regular eye examinations

Eye health is of the upmost importance to maintain a healthy and balanced lifestyle. Not only are we checking the… 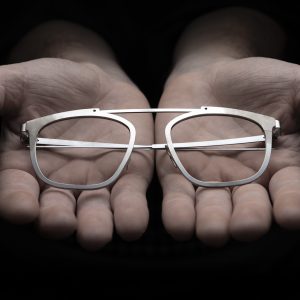 Titanium is our soul, and our story

Blackfin and titanium, a unique story just like this metal... 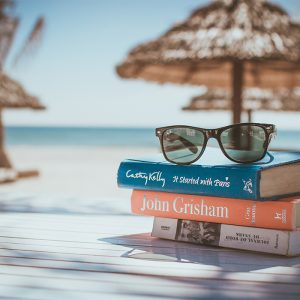 Choosing the right glasses for summer

With the change of seasons comes a revision of our wardrobes, hairstyles… 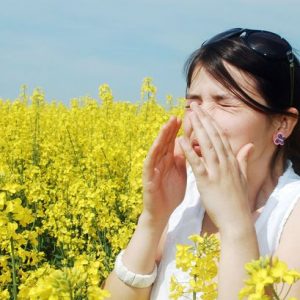